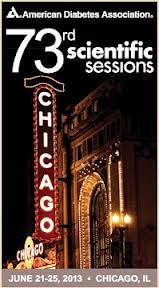 I recently attended the 73rd American Diabetes Association (ADA) Scientific Sessions in Chicago, June 21-25 where brilliant and dedicated researchers and health care professionals from around the globe gathered to learn, share and connect. As a diabetes educator who’s been involved in the diabetes field nearly 35 years and counting, I was once again wowed by this meeting...and learned a ton!

Though tough to choose, here are my top 10 take aways from the 2013 ADA meeting - divded into Part One and Part Two:

1. DCCT/EDIC Results Heralded:  A highlight of ADA was celebrating the 30 year anniversary of the landmark type 1 study, the Diabetes Control and Complications Trial. This trial was designed to answer the questions: Does good control matter? The DCCT began in 1983 and the conclusions were unveiled at the 1993 ADA meeting (I still remember the thrill of hearing the results live!). These results showed a reduction in the early stages of diabetes complications (eye, kidneys, etc.), by up to 76% compared with so-called “conventional therapy” – two shots of insulin a day.

The follow up of the DCCT, the Epidemiology of Diabetes Interventions and Complications (EDIC) study, followed people in the DCCT control and intensive management groups. These EDIC results were presented at this year’s ADA. A few items to consider as you read these results. The EDIC trial retained 95% of the study subjects! This is astounding for a 30 year study. It speaks to the power of the data. When you observe the data also keep in mind the timing of the DCCT – it was before long-acting and rapid-acting insulins were available. It was before insulin pumps were as “smart” as they are today. We had less sophisticated meters, etc and obviously no continuous glucose monitors. These realities make the long term results even more impressive – a 50% reduction in risk for developing impaired kidney function, 60% reduction in heart disease and strokes, and 50% reduction in severe diabetic eye diseases. A rarely discussed complication was brought to light in announcing these results – limited hand and shoulder flexibility. This was shown to affect about two-thirds of all study subjects with people who maintained improved blood glucose control experiencing a reduction in these complications.

The bottom line of the DCCT/EDIC studies 30 years later? Early intervention and intensive management leads to fewer diabetes complications. The DCCT/EDIC studies have given rise to the concept of “metabolic memory”, which has also been observed in other studies – simply stated it’s the lasting impact of early tight control. This is all very heartening data!

2. Type 1 Diabetes Day to Day Management Remains Rudimentary: Even though we’ve come a long way and have many more tools to manage type 1 diabetes since the beginning of the DCCT in 1983 (see #1), our tools remain relatively rudimentary and type 1 diabetes remains a challenging disease to manage day in, day out (evidenced to me yet again by the ups and downs in glucose readings from the conscientious young women who I had just started on a pump prior to my departure and worked with throughout). Several speakers in different symposia discussed the slower than desired action of our so-called three rapid-acting insulins of today, noting that many people need to take this 20 or more minutes prior to meals. (I teach this, but its way easier to say than always do in real life. Read this interview I did with two expert clinicians in the field - It's Time to Talk About Rapid-Acting Insulin.

Howard Wolpert, MD, from Joslin Diabetes Center continues to look at the impact of fat on resulting post prandial (after meal) glucose levels and notes people may need more rapid-acting insulin to cover high fat meals…but how much? We don’t have the recipe book for this and it’s highly likely there would be many individual differences as well as differences within the same person based on time of day, body type, etc. We need more research in this area, but these aren’t the studies that attract big research dollars. (Can you hear me on my soapbox!)

In the session, Current State of Insulin Pump Therapy, Rubina Heptulla, MD, spoke about the intricate balance required between insulin and glucagon to achieve 24/7 glucose control in those of us with a normal functioning pancreas. Over the years we’ve been glucose-centric in our efforts to help people with type 1 achieve normoglycemia, but several talks at ADA, including this one raised the critical importance of and need for glucagon (and perhaps other hormones) in the mix of managing type 1 diabetes (see #3). It is also well known, and was repeated numerous times at ADA, that one of the biggest challenges to achieving tight control with insulin therapy is the dreaded and potentially dangerous hypoglycemia.

3. Glucagon Earns a Seat at the Treatment Table: The drumbeat around the central role of glucagon in achieving glucose regulation has been escalating the last few years. But I have never heard the drum beat as loud as I did at ADA 2013. Several factors are raising the profile of glucagon. For starters, increasing awareness of the importance of glucagon in glycemic control, as noted in #2. Two is the findings from researchers working on the Artificial Pancreas (AP) using a bihormonal approach – delivering both insulin and glucagon. A big challenge with the bihormonal AP model is having a form of glucagon that is stable enough to be used for constant delivery like insulin. It’s not available yet…but work is ongoing to stabilize glucagon and get it approved in a form for prescription use.

There was also more noise about glucagon for treating severe hypoglycemia. We all know that our current form and delivery device to give glucagon are, shall I 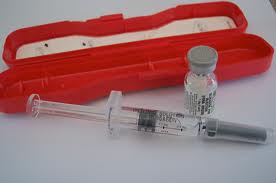 say, in the relative dark ages compared to an easy-to-use EpiPen. People are pretty disinsentivized to fill their prescription for a glucagon kit for understandable reasons, unless you are the parent of a child with type 1 still living at home. In its present form, glucagon is impractical and most often expires and needs to be thrown out before it’s used. So many adults I work with opt to go without. At the ADA there were rumblings about the development of more user-friendly forms of glucagon and new and improved delivery devices. It’s wait and see now.

4. The Reality of the Artificial Pancreas Gets Closer: While it remains unlikely we’ll see one or more Artificial Pancreas systems (AP) come to market in the next few years, there’s an amazing amount of research on a wide variety of solutions and systems being developed towards closing the loop. In the end its likely there will be a variety of proprietary systems - just like with other diabetes technologies. Think of this progress in incremental steps with each step bringing learning and new technologies

One other constraint is our not so rapid, rapid-acting insulin (noted in #2) which has been shown in this AP research. The bihormonal systems also need a stable form of glucagon (see #3). All in all this research is gaining momentum and increasing in volume. Several recent points of progress have been an increasing number research studies conducted on people in ambulatory settings and even on their own with 24/7 contact. On the U.S. front, the FDA in 2012 released comprehensive guidance on AP systems for researchers and technology developers and FDA approved more studies. Yes, lots of positive momentum! 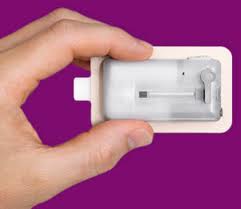 5. Not a Pump, Not a Pen, But an Insulin Patch Aimed at Type 2s: There was plenty of buzz about new, so-called patch pumps for type 2s which are simpler to use than a pump and aimed at type 2s. The V-Go by Valeritas is a patch device which can hold and deliver varying amounts of basal and bolus insulin. It uses rapid-acting insulin. The patch is changed and filled every 24 hours. It’s approved by FDA and we’re slowly seeing an increase in use in the U.S.

Another patch device for type 2s has been approved in Europe (obtained CE mark). That’s the PaQ from CeQue. It’s a small wearable device that provides three days of consistent, basal insulin delivery as well as easy to deliver bolus doses.

Another device, called Finesse, is a small, flat, disposable patch designed to only deliver bolus/mealtime insulin. I didn’t hear much buzz about this device. Looks like it was FDA approved a few years ago and is now under the Animas/J&J umbrella…but clearly not making a big splash yet.

These devices may hopefully help us over the hurdles of helping people with type 2 diabetes who need insulin to start taking it. A few of the high hurdles are the inconvenience of insulin, concerns about hypoglycemia,and fear of needles. An interesting point being made about the clinicial value of these patch devices is they enable people to more easily and conveniently take bolus insulin. It appears as clinicians we are unaware people with type 2 often skip bolus doses because they simply don’t want to take insulin away from home due to lack of convenience, embarrassment, etc.

As you can read, lots of learning!
Check out my Top Ten Take Aways, Part Two.

As a reliable, reputable voice in the food and nutrition world, I strive to blog and engage in social media with integrity. In doing so I abide by the Academy of Nutrition and Dietetics Code of Ethics. Any blogs or social media posts that are sponsored or for which I am compensated for my time will be disclosed appropriately.